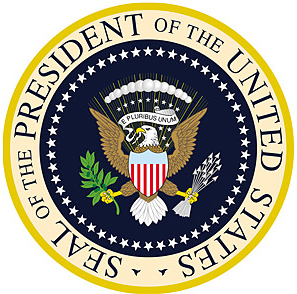 President Trump’s executive orders banning travel from seven predominantly Muslim countries to the United States for 90 days, in tandem with some disappointing earnings reports. As a result, this inspired turmoil and uncertainty that helped push U.S. stock markets lower early in the week. The Dow Jones Industrial Average dropped below 20,000.

Markets remained confused after the Federal Reserve left interest rates unchanged, leaving many to ponder their next move.

The Federal Reserve left open the door to hike rates further should the trend in inflation accelerate. They also maintained the option to hold rates steady for an extended period. I expect the minutes to be released in a few weeks will show a more wide ranging debate than that indicated by the policy statement. A potential drawback would be the clear lack of visibility on key policy issues. For example, trade, tax, spending, and regulatory initiatives would be welcomed in the next statement.

Late in the week, markets rallied when the Bureau of Labor Statistics delivered a reasonably strong jobs report. Employers added a healthy 227,000 workers to their payrolls in January. However, despite a surge of local minimum-wage increases in states across the country, wage growth was meager.

A new study examined how college affects Americans’ social mobility by researching data from the Department of Education (from 1999-2013) with 30 million tax returns. The researchers looked at the earnings of graduates from various colleges and how graduates’ earnings varied relative to parental income.

Some colleges do a better job of boosting poor students up the income ladder than others. Previously, the best data available showed only average earnings by college. For the first time it is known how the entire earnings distribution of a college’s graduates relates to parental income.

The data shows the likelihood of ending up in the 1 percent. It suggests that graduates of elite universities are the most likely. They credit single-digit admissions rates and billion-dollar endowments as the main catalysts. Having wealth parents also improves the odds. Despite recent efforts to change, their student bodies are still overwhelmingly wealthy.

Legacy admissions give preferential treatment to family members of alumni. Many feel that this exacerbates the imbalance at these institutions. Of Harvard’s most recently admitted class, 27 percent of students had a relative who also attended. There’s evidence that this system favors the already wealthy. MIT and the California Institute of Technology, two elite schools with no legacy preferences, have much fewer students who hail from the ranks of the super-rich.

“Oh give me a home where the buffalo roam,

Where the deer and the antelope play,

Where seldom is heard a discouraging word,

And the skies are not cloudy all day.”

–Lyrics to Home on the Range

Heritage Financial Advisory Group provides financial planning and investment management to individuals, families, and businesses. For more information how we can help you pursue a work option lifestyle, visit us at Long Island Financial Advisor.