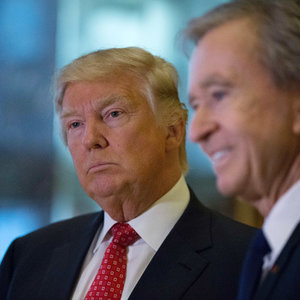 It was supposed to the first step in the Trump administrations plan to make America great again. While nothing on the Hill comes easy, with a congressional majority a victory was expected. After 7 years of publically campaigning for a shot to fix healthcare, the republicans failed spectacularly to do just that. Unable to gather the necessary votes for a full repeal and replace of Obamacare, they opted to scrap the vote and move on. It leaves you to wonder how they had 7 years to come up with a comprehensive replacement plan and failed.

More importantly, what does it mean for the future of the Trump agenda and their grandiose plans? In terms of the financial markets, the focus immediately turns to tax reform. A large part of the recent run up in stocks has been attributed to the expectation of tax cuts. It has been viewed as a near certainty that with a congressional majority that the republicans could easily and swiftly pass a tax reform bill. However, when you take into consideration their lack of unity on the issue of healthcare suddenly tax reform is no sure thing.

It is worth noting that President Trump has indicated that they will move on from healthcare and deal with taxes. I think the initial thought in the wake of the healthcare defeat was that they would keep trying their luck there before moving on to item two of the agenda. That prospect has investors worried that tax reform may not be coming any time in the near future.

There is likely to be a lot of volatility in the weeks and months ahead as the market grapples with the new reality that even the Republican party appears divided. There is no doubt the administration expects resistance from the Democrats.  But I don’t think anyone expected this type of division in their first shot to pass a major bill. Whether or not they will be prepared to regroup and move on undeterred remains to be seen. Make no mistake, investors around the world will be waiting anxiously.