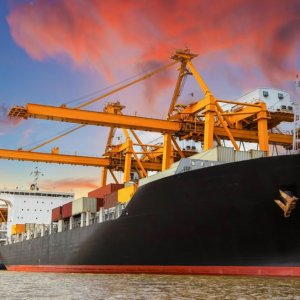 Many consumers, investors, and ordinary citizens often worry when the word “tariff” is thrown around. Instantly signaling an increase in price in imported goods, the word is almost synonymous with a negative economic impact.  Thinking in terms of the big picture, we need not jump to such hasty, and often misguided conclusions.

What is a Tariff?

First, it is important to understand what tariffs are, and what they hope to accomplish. A tariff is an additional tax imposed on imported goods.  By imposing these taxes on imports, national governments hope to discourage large-scale outsourcing. As a result they hope to spur domestic production by driving import prices up. When the prices of imports go up, the hope is that consumers will look to domestic suppliers for goods they would normally obtain from international sellers.

The current tariff talks in the U.S. are based around metals. Specifically, President Trump wants to impose a 25% tariff on imported aluminum and steel.  The levy is intended to increase demand of domestically manufactured metals by increasing the price of their international substitutes.  This in turn might create a number of job opportunities in U.S. metal production related to the surge in demand.

Many worry that this tariff may result in an international trade war between the U.S. and countries like China and South Korea. There is speculation that trading partners might retaliate with similar tariffs. Therefore, this would make it harder for U.S. producers to export their goods.  However, Canada (the U.S.’s largest supplier of both aluminum and steel) and Mexico (the U.S.’s third largest trading partner) are both exempt from the tariff as part of the ongoing re-negotiation of the NAFTA agreement.

In summation, the tariff should not be an immediate cause for worry. As stated, some of the U.S.’s largest trading partners are exempt from its effects, and some speculate that it has been implemented as a negotiation tool for international agreements like NAFTA. The tariff’s long term effects remain to be seen, but we caution against fear of an economically-harmful trade war at present.