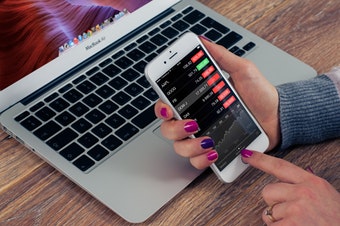 How Are You Feeling About Financial Markets?

Some votes are still being counted but investors appear to be happy with the outcome of mid-term elections. Major U.S. stock indices in the United States moved higher last week, and the American Association of Individual Investors (AAII) Sentiment Survey reported:
“Optimism among individual investors about the short-term direction of stock prices is above average for just the second time in nine weeks…Bullish sentiment, expectations that stock prices will rise over the next six months, rose 3.4 percentage points to 41.3 percent. This is a five-week high. The historical average is 38.5 percent.”

Before you get too excited about the rise in optimism, you should know pessimism also remains at historically high levels. According to AAII:

“Bearish sentiment, expectations that stock prices will fall over the next six months, fell 3.3 percentage points to 31.2 percent. The drop was not steep enough to prevent pessimism from remaining above its historical average of 30.5 percent for the eighth time in nine weeks.”
So, from a historic perspective, investors are both more bullish and more bearish than average. If Sir John Templeton was correct, the mixed emotions of investors could be good news for stock markets. Templeton reportedly said, “Bull markets are born on pessimism, grow on skepticism, mature on optimism, and die on euphoria.”
While changes in sentiment are interesting market measurements, they shouldn’t be the only factor that influences investment decision-making. The most important gauge of an individual’s financial success is his or her progress toward achieving personal life goals – and goals change over time.

Let’s take a look at some performance figures…

S&P 500, Dow Jones Global ex-US, Gold, Bloomberg Commodity Index returns exclude reinvested dividends (gold does not pay a dividend) and the three-, five-, and 10-year returns are annualized; the DJ Equity All REIT Total Return Index does include reinvested dividends and the three-, five-, and 10-year returns are annualized; and the 10-year Treasury Note is simply the yield at the close of the day on each of the historical time periods.
Sources: Yahoo! Finance, Barron’s, djindexes.com, London Bullion Market Association.
Past performance is no guarantee of future results. Indices are unmanaged and cannot be invested into directly. N/A means not applicable.
is A Zeal of zebras a better investment than a blessing of unicorns?
Collective nouns are the names we use to describe collections or significant numbers of people, animals, and other things. The Oxford English Dictionary offered a few examples:
In recent years, some investors have shown great interest in blessings of unicorns. ‘Unicorns’ are private, start-up companies that have grown at an accelerated pace and are valued at $1 billion.
In early 2018, estimates suggested there were approximately 135 unicorns in the United States. Will Gornall and Ilya A. Strebulaev took a closer look and found some unicorns were just gussied-up horses, though, according to research published in the Journal of Financial Economics.
The pair developed a financial model for valuing unicorn companies and reported, “After adjusting for these valuation-inflating terms, almost one-half (65 out of 135) of unicorns lose their unicorn status.”
Clearly, unicorn companies must be thoroughly researched. There is another opportunity Yifat Oron suggested deserves more attention from investors: zebra companies.  Oron’s article in Entrepreneur explained:

What is a unicorn company?

“Zebra companies are characterized by doing real business, not aiming to disrupt current markets, achieving profitability and demonstrating it for a while, and helping to solve a societal problem…zebra companies…are for-profit and for a cause. We think of these businesses as having a ‘double bottom line’ – they’re focused on alleviating social, environmental, or medical challenges while also tending to their own profitability.”
Including both types of companies in a portfolio seems like a reasonable approach.

If you were to choose a collective noun to describe investors, what would it be? An exuberance? A balance? An influence?

Weekly Focus – Think About It
“In his learnings under his brother Mahmoud, he had discovered that long human words rarely changed their meanings, but short words were slippery, changing without a pattern…Short human words were like trying to lift water with a knife.”
–Robert Heinlein, American science fiction writer
Have a great week.
To sign up for our newsletter, Heritage Insider Weekly, click here.